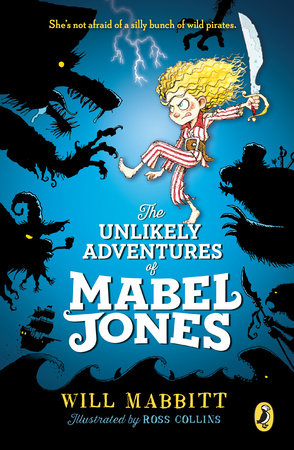 The book Will wrote on his commute.

For the latest of my interviews about Side Projects I spoke to an old friend of mine with whom I had not spoken, in person at least, for 15+ years… in the intervening decade-and-a-half he’s developed a commuter’s idling into hobby, into a side project, and now into his ‘main project’.

I was at sixth form college with Will many years ago and despite being connected on a popular social media platform we had abjectly failed to have a proper conversation all this time; despite mutually noting that we’d both gotten married, had kids, and more besides. However, it was my #sideprojects work that prompted Will to get in touch. We finally had a catch-up and Will agreed to supply his side project story…

Will is now a full-time children’s author with five books (and a sixth book coming out this month) to his name. But it wasn’t always so.

After university Will struggled initially to find the right role in the right place and ended up temping for a while before re-training with a masters’ degree in computer programming to “get a career”. Over the course of several roles and several years he moved from back-end database programming to front-end interface design and on into more creative roles. But it wasn’t the work that led to his authorial project – it was the commute.

Will had an hour-plus commute for several years and started writing as a way of filling the time: “Even calling it a hobby sounds presumptuous, it was a time-filler, like playing solitaire”. He’d always liked the idea of writing and had periodically wrote “little bits” for his own amusement. However, faced with a long commute and possessing an ideological hatred of wearing headphones Will found himself scribbling on a train. In the mode of all our side project stories so far, they all start with a personal passion, Will just happened to find his on a train to Ipswich.

“It was my secret hobby, very much for my own amusement. I’ve always liked coming up with ideas, but the physical act of writing them down is the tough bit… It’s not like I wake up with an urge to write!”

The Importance of Sharing

Having confessed his secret hobby to his wife, she “made me go” to a writing group set up by a friend, and that was the catalyst to taking it a bit more seriously.

“Finally showing someone meant that I stopped only writing for myself; I think when you start something you work on it by yourself and it can get to a certain level, but to break through you have to share. Your initial habits got you going but they’re not good enough to progress.”

Will found that the writing group not only helped him improve his writing practice (“Don’t swear in children’s books!”), but validated his work and gave him the confidence to push on further.

“It’s really hard to get genuine feedback, friends and family worry about your self-esteem. You need a trusted source to help get your self-confidence over the tipping point. My writing got a lot better a lot quicker after that.”

I asked Will at what point he realised he was a children’s author and he suggests that he wrote for his young daughter initially – considering the emerging book an indulgent gift for her as she grew up – but he reflects that he was probably writing for his own amusement really. In many ways he is still writing for himself first and foremost, for example, he keeps the jokes in that he finds funny, even if kids won’t get it and his publishers tell him that kids won’t get it…

At this stage, he was still doing his writing on his commute, writing a chapter a trip; he’d write it on the way in to work and edit it on the way home. The format of his first book is a series of short (400 word) chapters, entirely derived from the length of his commute. Constraints can be a wonderful creative method.

Between the writing group and the more deliberate practice Will developed his competence as a writer – whilst he had some of the ‘creative’ discipline from work, the act of writing was something learned and developed through practice on the side project itself.

From Side Project to a Career

At this point Will suggests a genuine “end game” had started to emerge – getting it published. He started making more time available for writing; mornings, evenings, whenever he could squeeze in the time to write and, more importantly, edit it. “I’m going to want to show this writing to people, I had to start doing the boring bits like re-reading and editing it!”

Will found a publisher, got paid an advance, and The Unlikely Adventures of Mabel Jones was published in 2015.

Will suggests that the act of actually getting published is largely luck: “It’s not that difficult to write a publishable quality book, what is difficult is writing it at the right time and getting it in front of the right person who wants to publish something like that at that point”. Given the plaudits the book has picked up and the five following books I think he’s doing himself a disservice but he has also had book ideas turned down since the first because the publishers didn’t feel the market wanted a particular idea right then: “if you write something that no-one wants, wait five years.”

But this was, at this stage, just one book; a success to be sure, but not a living? Then the world intervened and threw Will something of a curve-ball…

“I did start to think this could be a career, but it was a big risk to leave my job – and then my company just closed down. So I had to.”

Will freelanced for a bit, picking up chunks of digital advertising work, but with one advance in the bag and the potential for further advances for further books he could slowly step across from that freelancing living into being a full-time author. However, he’s well aware that making a living from being an author can be a precarious process, each advance employs him for several months but after each book is a looming gap of potential uncertainty: “In the future there is nothing, just a big void” [until he writes the next book].

He now writes four days a week and parents for the rest of his week.

Now that his side project is his main project a strange (but maybe not totally unforeseeable) occurrence has taken place… “Writing is less fun than it used to be, picking up a book and reading or writing is ‘work’ now, so it’s not relaxing. And I have to do tax returns and stuff, I’m not just sitting in cafes having a smoke…” New side projects have also emerged: “When the side-line becomes full-time you find another side-line …less commercial projects, more craft-like books, maybe some self-publishing even…”

But he’s still really pleased to have made the leap and wouldn’t rush back to his old role: “It’s really difficult to go back to something I didn’t enjoy that much. I couldn’t go back to work now; this lifestyle works too well! It happened at a brilliant time, especially with young kids. I was also mentally ready to be self-employed, self-disciplined enough to be my own boss.”

But what would have happened to the writing if the publishing deal had not happened? “I would still have been doing it even if I wasn’t getting paid”. Passion wins out it seems.

Tips for Side Project success – specifically for would-be writers:

Will also specifically cited the work of Artist and Author Austin Kleon – specifically the book ‘Steal like an Artist’. Kleon’s 10 principles include Will’s personal epiphany:

6 – The Secret: Do Good Work and Share It With People

5 – Side Projects And Hobbies Are Important

4 thoughts on “Side Project Stories #6: The Children’s Author”